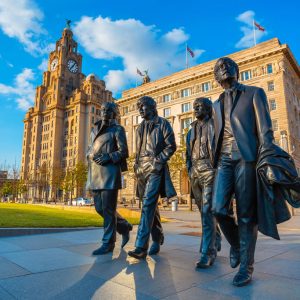 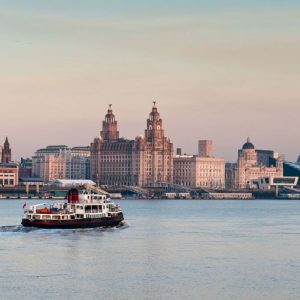 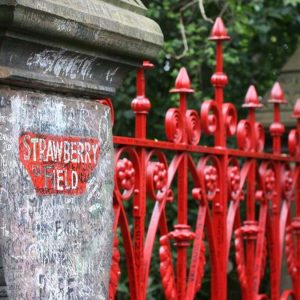 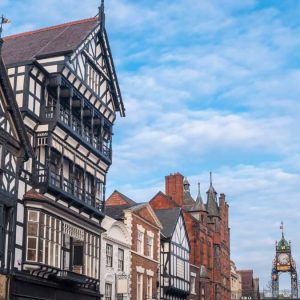 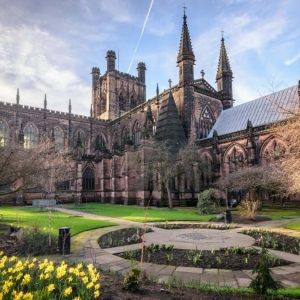 Follow – or dance – in the footsteps of John, Paul, George and Ringo on this magical musical tour of Liverpool, home of the Beatles, one of the most influential bands of all time. Benefit from a more intimate experience (30 people maximum on each tour), which creates the perfect environment for storytelling. Travel back in time as your expert guide brings to life the places that inspired the ‘Fab Four’, including Strawberry Field, Penny Lane and their childhood homes. Visit the place where it all began, the legendary Casbah Club, for an unforgettable evening of live music in a venue that is quite literally decorated in history. That’s not all either: enjoy a ride on the Mersey Ferry, a fascinating full-day excursion to nearby historic Chester, the chance to see Liverpool’s wonderful art collection and free time to explore the city under your own steam.

Day One- Make your own way to your chic apartment hotel, located in Liverpool’s city centre, near the famous Royal Albert Dock. With a host of cafés, restaurants and attractions (including the Cavern Club) right on your doorstep, you’ll be well-positioned to make the most of your break in Liverpool.

If you’re arriving by train, James Street station is just a 3-minute walk away, and boasts regular connections to Liverpool Lime Street station. Alternatively, If you’re driving, private parking is available at the hotel.

Later on, enjoy a guided orientation walk of the area, taking in the nearby Waterfront, with its Beatles statue and Titanic memorial, as your tour guide brings Liverpool’s rich history to life, whetting your appetite for a fascinating trip ahead.

Meet your Beatles-mad tour manager and head to the Mersey Ferry, which will take you across the languid Mersey. Ringo Starr used to work on the Mersey Ferry and the Beatles famously played a gig onboard a Mersey Ferry called the Royal Iris.

Continue on coach to Port Sunlight. Founded in the 19th century to house factory workers, today Port Sunlight is a peaceful and picturesque village of Victorian-era houses, well-manicured gardens and cosy tea rooms. It was at Port Sunlight that the Beatles first played with Ringo Starr in the band, at Hulme Hall, which has since been converted into a wedding venue.

The tour continues by coach and picks up the Beatles trail back in Liverpool. Drift back through time as you visit the Penny Lane Development Trust, with its colourful Beatles mural, and then the Strawberry Field Visitor Centre – both names etched in the consciousness of Beatles fans forever. Stop for a drink or a bite to eat (payable locally), before the tour continues past the childhood homes of John, Paul and Ringo, and their schools and colleges. You’ll pass the birthplaces of John Lennon and Brian Epstein – the Beatles’ legendary manager – before paying a visit to Liverpool Cathedral, the world’s fifth-largest and where Paul McCartney once auditioned for the local choir!

Later today, enjoy an included visit to the Casbah Club, a former members-only club, widely regarded as the birthplace of the Merseybeat genre, that was run by Mona Best, mother of Beatles’ original drummer Pete Best. It was here that the young Beatles – then known as the Quarrymen – first performed, before they were signed – and refined – by Brian Epstein. Soak up the history as your tour guide regales you with early Beatles tales, and enjoy an hour of live music with an included drink in a club that was even decorated by the ‘Fab Four’ – look out for a silhouette of John Lennon on the wall painted by his first wife, Cynthia.

After breakfast, board the coach for the drive to the nearby Roman city of Chester. Known for its historic ruins and charm, Chester also boasts several lesser-known links to the Beatles: a cottage on the banks on the River Dee, near Grosvenor Bridge, simply called ‘Nowhere’ served as Lennon’s inspiration for the song, Nowhere, Man. Lennon’s grandmother was also born in a Chester pub (the Bear and Billet), whilst the band famously played at the Riverpark Ballroom in 1962, on the same day that John and Cynthia got married.

The tour will also take in the city’s main sights, including Chester Cathedral, Eastgate Clock, the Roman gardens and the city walls, made by the Romans out of local red sandstone. The old city is known for its two-level arcades and Tudor-style half-timbered buildings. Just outside the city walls, there is a Roman amphitheatre that is currently being excavated. Some free time this afternoon brings ample opportunities for a leisurely lunch and more exploration under your own steam, before the coach returns to Liverpool.

Today, you can choose between exploring Liverpool under your own steam, or joining the optional tour to the Liverpool art and culture collection, which includes entry to the Walker Art Gallery and the World Museum.

The Walker Art Gallery houses an impressive collection of Pre-Raphaelite works, together with a Rembrandt and paintings by 20th-century watercolourists including Lucian Freud and David Hockney. Equally as impressive is the 19th-century World Museum, which features fascinating displays and exhibitions on astronomy and space, along with human and natural history. The museum is home to a 62-seater planetarium and an aquarium.

Alternatively, the award-winning Beatles Story, just a short walk away from your accommodation, is a must-see for any Beatles fan. The museum (entrance payable locally) is the world’s largest Beatles permanent exhibition, and tells the in-depth story of the band’s origins through several interesting mediums, and includes replicas of the Casbah and Cavern clubs.

However you chose to spend your final day, you can enjoy an optional high tea at the Hard Days Night Hotel – the world’s only Beatles-inspired hotel and a fitting way to round off the final day of your Beatles tour! The hotel is located a short walk from your accommodation, on the same street as the Cavern Club.

Day Five- After breakfast, make your own way home at the end of a wonderful music journey on Merseyside! 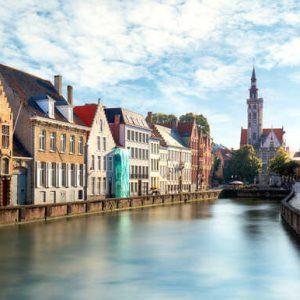 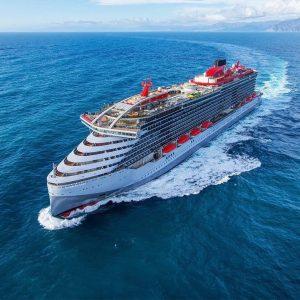 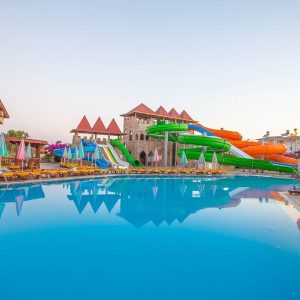 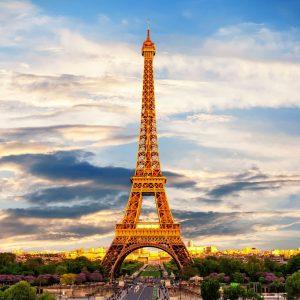 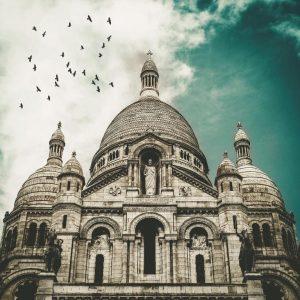 Have a Romantic UK Break for Valentines 2022 (Copy) 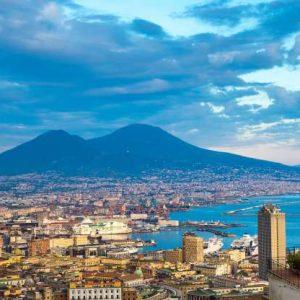 Why Not Sail The Mediterranean This April this April! 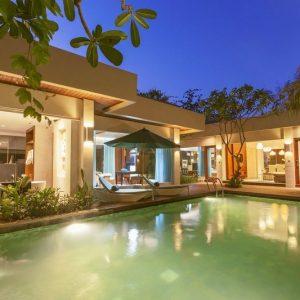 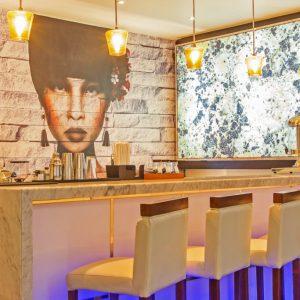 Luxury 5* Trip To Bali With Your Own Private Pool! 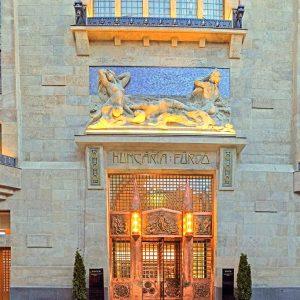 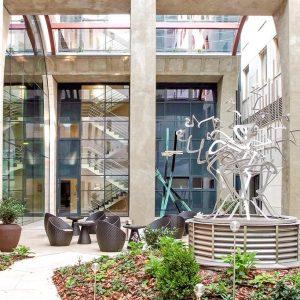 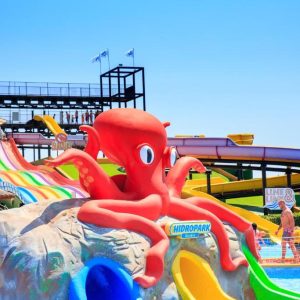 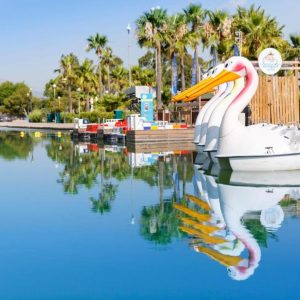